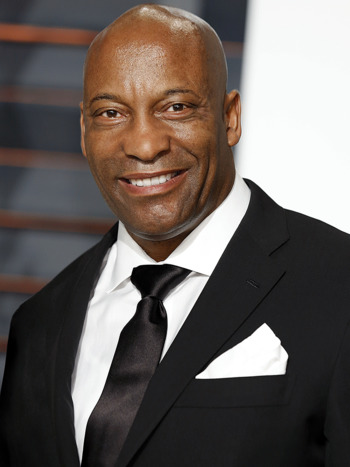 "I never set out to be a serious filmmaker. I just set out to make movies."
Advertisement:

He's probably best known for directing Boyz n the Hood and Shaft (2000). For the former, he was nominated for an Academy Award for Best Director at age 24; he's still the youngest nominee.

From 1996–97 he was married to Ghanaian actress, director, and writer Akosua Busia, with whom he had a daughter.

Singleton suddenly suffered a stroke on April 17, 2019. He eventually died of complications following the incident 11 days later, on April 28, at the age of 51.