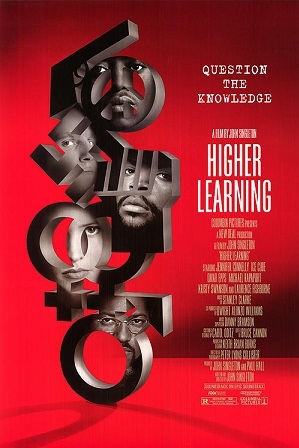 Malik Williams (Omar Epps), Kristen Connor (Kristy Swanson), and the mysterious "Remy" (Michael Rapaport) are freshmen at the fictional Columbus University somewhere in Southern California. While at first glance the school appears to be a highly idealistic, utopian sort of place, there are seething undercurrents just below the surface that will become more prominent over time. Surveying the campus's colorful mosaic of student life is Dr. Maurice Phipps (Laurence Fishburne), a West Indian immigrant turned political science professor who mentors both Malik and Kristen.

As the story progresses, three lives gradually come to be changed forever. Malik becomes more and more disillusioned with the supposed promise offered by higher education, while Kristen and Remy are both radically transformed by their sometimes traumatic and always bewildering experiences.

Also features rapper Ice Cube as the charismatic Fudge, and Jennifer Connelly as the feminist Taryn.