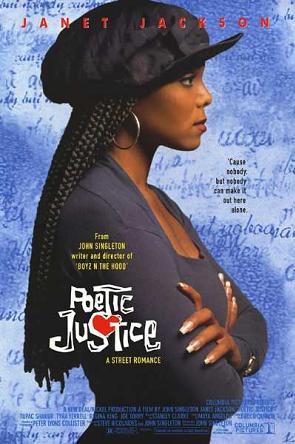 Every second, every minute, man I swear that she could get it...
Advertisement:

The movie focuses on Justice coping with her life after the loss of her boyfriend, played by Q-Tip. She learns to love herself again and opens up to a budding romance with an unlikely friend after embarking on a mini road trip.