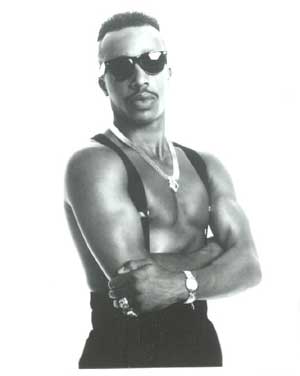 MC Hammer, hip-hop's first Large Ham, real name Stanley Kirk Burrell (born March 30, 1962). He is mostly famous for his dance hit "U Can't Touch This"note A song owing a lawsuit-inducingly large amount to Rick James' "Super Freak" and for bringing Rap into the mainstream. In fact, along with Vanilla Ice, he practically was mainstream rap from about 1988 to 1992. Nowadays, he's a Pentecostal minister, and he has a TV show, Hammertime, on A&E.