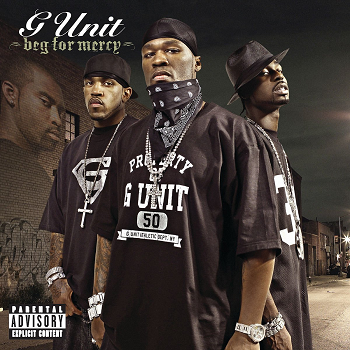 One of the most controversial genres of music, if not the most controversial, to ever hit the mainstream. To detractors, it's nothing but gratuitous profanity, perpetuation of racial stereotypes, glorification of violence, glorification of drug dealing and usage, homophobia, misogyny, and grammatical inaccuracy. To fans and proprietors, it's catharsis.

The term Gangsta Rap actually came from the media not the artists themselves, though some have called the genre "Reality Rap", or prime time news in the form of rap music. The genre in its infancy even had shades of Conscious Hip Hop, and Political Rap. There was also a lot of issues with mislabeling. Quite a few rappers who didn't fall into the Alt rap, or indie scene were automatically placed under the umbrella term Gangsta Rap. Usually cynically and unfairly. There is also debate going on about whether the genre is still alive and well in the mainstream, or is it deader than a horse. Some proponents feel that it died a long time ago, while opponents (usually alt/indie rap fans) think a watered down version is still very much active, and continuing the Uncle Tom Foolery, and the dumbing down of the genre.

See Trap Music where gangsta is stripped to the bare essentials of just a good beat and gangsta cliches.

See Horrorcore, which is when you take gangsta rap and add gory lyrics akin to Death Metal.

After the genre had been around for two decades, many of the rappers who were making hard-hitting Blue Collar albums have softened as they reached their 30s and 40s. Many of them became parents, dramatically changing their opinions on violence and profanity, with many taking up Rated G for Gangsta projects (looking at you, Ice Cube). There are, however, exceptions (Tech N9ne, for example).