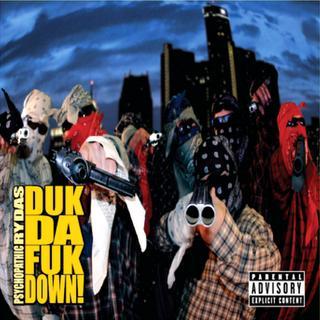 Psychopathic Rydas was formed in 1999, as a sideproject to feature rhymes that didn't involve any horror-based themes and instead focused on the Gangsta Rap themes the group members reveled in early in their careers. The Rydas' first album, Dumpin, was given away for free to Juggalos that correctly answered a trivia quiz in ICP's The Amazing Jeckel Brothers album. The album was also issued under the imprint Joe & Joey Records, rather than Psychopathic Records. All of this basically to avoid any legal issues that ICP could encounter for selling an album with stolen beats and uncleared samples.

An original member of the group was Myzery (brother-in-law to Violent J, via Jumpsteady's wife), who left the group after their first album due to retiring from the music industry to marry a woman he met while touring. It should be noted that this is where he felt most at home, as his East Coast rap style didn't fit in with Psychopathic's usual material.

Their choice of stolen beats has changed overtime from more old school Gangsta Rap to more popular mainstream artists. You can usually expect the Rydas' rhymes to be significantly better than the original lyrics to the songs they stole their beats from.