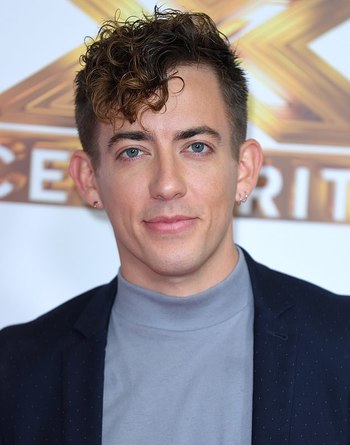 Kevin Michael McHale (born June 14, 1988 in Plano, Texas) is an American actor, dancer and pop singer. Formerly of boy band NLT, McHale is best known for his recent role as Artie Abrams in the Fox hit television series Glee. Born in Plano, Texas and went to Dooley Elementary School and then to Armstrong Middle School where he participated in the school's pop choir, "Encore". Before becoming an actor, McHale was part of the Boy Band NLT ("Not Like Them"), which was discovered by Chris Stokes and shortly after released singles such as "That Girl", "She Said, I Said (Time We Let Go)" and "Karma". Despite the talent and a small, yet devoted fanbase, the group didn't go very far and officially split up in 2009, months before McHale made it big as Artie in Glee. Despite his character's disability, McHale, as per his boy band background, is a skilled dancer and has responded that it was hard to keep his feet from moving along with the music while he was on the set.

Not to be confused with Boston Celtics great Kevin McHale, who did appear on two episodes of Cheers as himself.

This actor's career provides examples of: