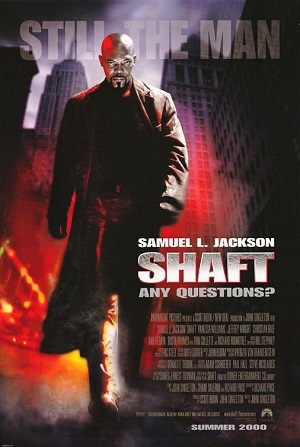 Shaft is a 2000 sequel and revival of the 1971 film Shaft directed by John Singleton.

Samuel L. Jackson stars as John Shaft II, a nephew of the original John Shaft (Richard Roundtree, coming back in a cameo), who works for the NYPD. Christian Bale appears as the villain, Walter Wade Jr.

Jackson, along with Roundtree, returned in 2019's Shaft.