You may be looking for Mission to Mars, which released in the same year. 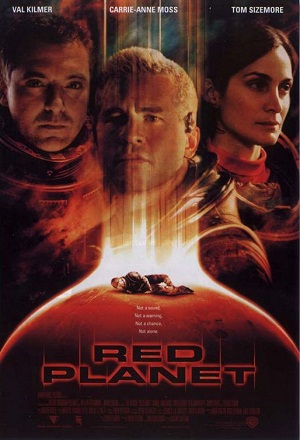 It's basically an The End of the World as We Know It story with a twist. In the year 2056 AD, Earth is facing severe ecological crisis. Missions have been seeding Mars with atmosphere-producing algae for twenty years as the first stage in terraforming the planet. When the oxygen quantity produced by the algae is inexplicably reduced, the crew of Mars-1 is sent to investigate.