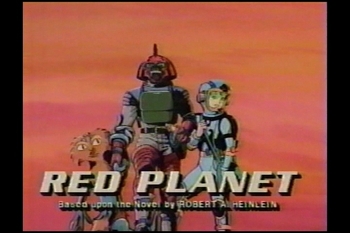 Red Planet was a 1994 animated miniseries by Gunther-Wahl Productions that aired on FOX and was adapted from the book of the same name by Robert A. Heinlein.