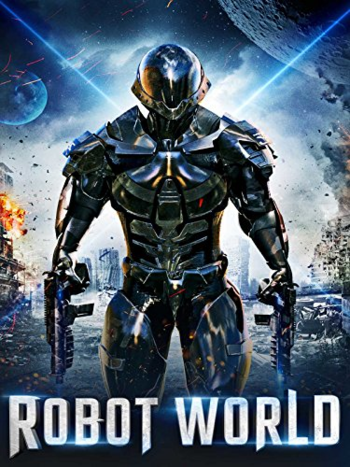 Robot World is a Science Fiction film by Neil Rowe.

A lone astronaut (Ian Rowe) is slingshot through space to a distant earth-like planet to see if it has intelligent life. When he arrives, however, he finds the planet to be rather empty, but luckily has breathable air.

Unfortunately, while he does find others on the planet, they're all robots programmed to target any organic life they come across.