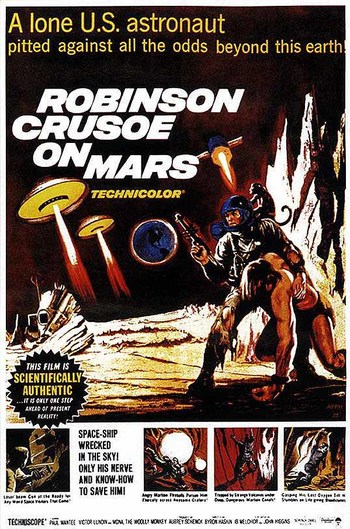 Next Sunday A.D. (at least from the viewpoint of when it was made), Martian Gravity Probe 1 approaches the Red Planet; unfortunately, at the last minute a close call with a meteor forces the two-man (plus one monkey) crew to eject. Now, Commander Christopher "Kit" Draper (Paul Mantee) must struggle to survive on the desolate Martian surface with only his skills, cunning, and the limited supplies on his escape pod. And soon, he discovers he's not alone (and no, we don't mean the monkey).

Notable for featuring Adam West in a major role two years before he became famous for Batman (1966).

A Criterion Collection LaserDisc edition was released in 1994, and a remastered DVD edition came out in 2007.