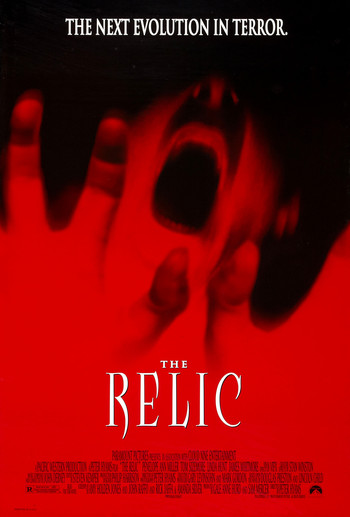 Everything old is new again.
Advertisement:

The Relic (or Relic) is a 1997 film adaptation of a novel by Douglas Preston and Lincoln Child, directed by Peter Hyams, starring Tom Sizemore, Penelope Ann Miller, and Linda Hunt.

A string of gruesome murders plagues the Chicago Museum of Natural History in the days leading up to a massive gala to open a new exhibit. The strange mutilations of the bodies suggests the killer may not even be human. But with so much at stake, the museum officials decide to push through the opening despite the dangers.