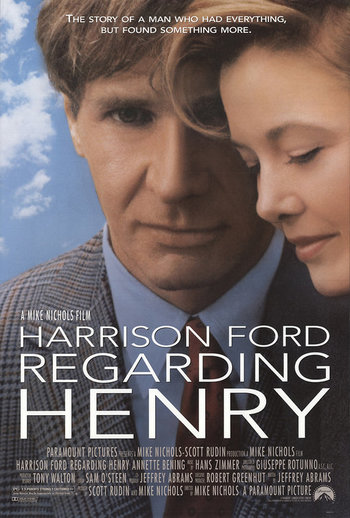 Regarding Henry is a 1991 American film directed by Mike Nichols and written by J. J. Abrams that has a lawyer (Harrison Ford) suffering from amnesia after being shot during an armed robbery and tries to regain his memory of his life before being shot with help of his wife (Annette Bening) and daughter (Mikki Allen).