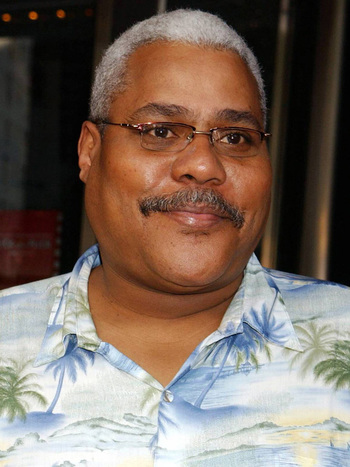 William Goldwyn Bill Nunn III (October 20, 1953-September 24, 2016) was an American actor best known for playing Radio Raheem in Do the Right Thing and Robbie Robertson in the Spider-Man Trilogy.

He was married to Donna Nunn and they had two children.