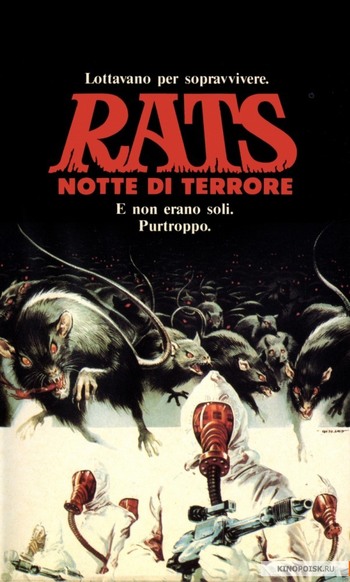 Two centuries after a nuclear holocaust, the survivors are divided between those who live in comfortable underground cities and the "New Primitives" who live in the sunlight. A group of 11 of these people come across a mysterious, abandoned city. Despite the presence of numerous horribly mutilated corpses, the adventurers decide to settle in town after discovering a large amount of food, a greenhouse with various fruit trees and a reservoir of drinking water. The following night hundreds and hundreds of hungry genetically mutated rats are ready to attack them one by one.

Absolutely no relation to the novel by James Herbert.