Film / Reign of the Gargoyles 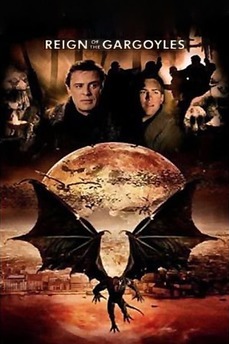 Reign of the Gargoyles is a 2007 American Horror war Syfy Channel Original Movie.

A group of Nazis are tasked with finding occult artifacts by Heinrich Himmler to aid in the war effort. They find just the thing in a talisman that brings gargoyles to life. Unfortunately for them, these gargoyles are not keen to serve humans, and begin slaughtering everything they see. Various allied planes are downed by the creatures, and the survivors are forced to stop the gargoyle menace to save themselves and everybody else.

The film was distributed by Universal, and aired on Cinemax in Hungary.