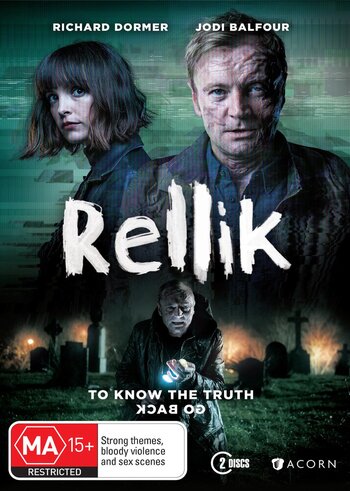 A BBC Film Noir mini-series which aired in 2017. Gabriel Markham (Richard Dormer) survives an acid attack perpetrated by the serial killer he and his partner, Elaine (Jodi Balfour) are hunting. The story unravels in reverse as they try to find the killer, digging into suspects as diverse as Psycho Psychologist Isaac (Paterson Joseph) and fellow acid attack survivor Christine (Rosalind Eleazar).