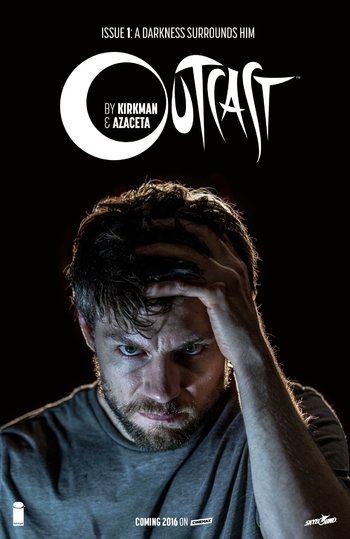 "A Darkness Surrounds Him"

Outcast is an American horror drama television series adapted from the comics by Robert Kirkman (The Walking Dead) and Paul Azaceta, starring Patrick Fugit (Gone Girl, Almost Famous), Philip Glenister (Life on Mars (2006)) and Gabriel Bateman. It is produced by FOX International Channels for Cinemax, and debuted in the summer of 2016.

The story concerns a young man named Kyle Barnes (Fugit), whose life has been marked by tragedy and instances of demonic possessions. As he returns to his childhood home of Rome, West Virginia, he finds that something in his past still haunts him and the small town he grew up in.