Series / Our America With Lisa Ling 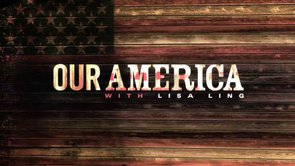 "America. It can be inspiring and beautiful. It can also be dark and ugly. It's so many things... but it's ours. It's Our America."
— Lisa Ling opening narration
Advertisement:

Our America with Lisa Ling is a documentary series airing on OWN since the network's rebranding from Discovery Health in 2011. Each episode sees journalist Lisa Ling travel to one or more locations around the United States (usually more, and in at least one case outside the United States) to cover a specific topic. The hallmark of the show is the slow, methodical pacing given to every topic, and the considerable effort Lisa makes in making sure that everyone at least gets heard and is given a reasonable chance to present their particular vantage point, regardless of the reputation they might have coming in. Not necessarily agreed with at the end of the show, but heard.

Which, if you've just come from any number of cable news shows, can be a bit of a shock to the system. Which is the whole idea.

The series went on for five seasons from 2011 until 2014. Afterward, Ling began a Spiritual Successor series for CNN called This Is Life.