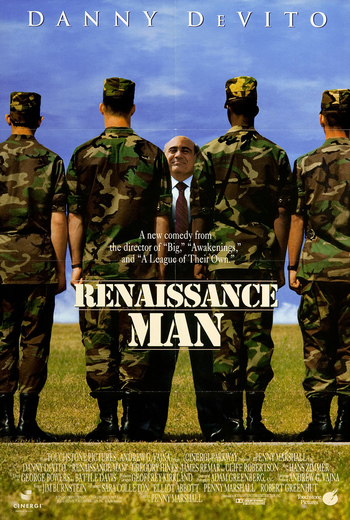 A down-on-his-luck businessman named Bill Rago (DeVito) ends up applying for and being given a job as a teacher for the U.S. Army. He soon learns that he has to get his group of students to avoid flunking the class (and therefore washing out of basic training.)

Tropes evident in Renaissance Man include: