Literature / The Gospel According to Larry 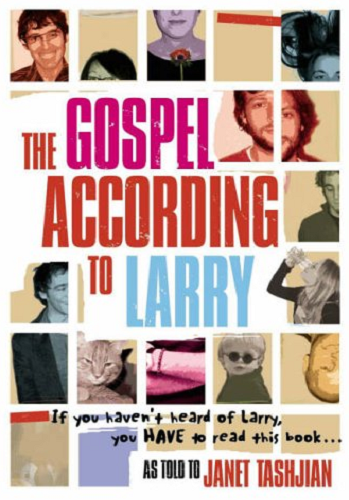 In the first book, Josh Swensen is a gifted 17-year-old with a best friend, Beth, whom he secretly loves, and a stepfather in marketing. His self-proclaimed goal is to make the world a better place, and he hates the consumerist society of mainstream America. Josh Swensen is also Larry, a well-known anticonsumerist Internet guru who becomes more and more popular throughout the course of the book, and his fans even organize a fundraiser Woodstock-ish concert in his honour.

Eventually Josh's identity is revealed by an old woman named Tracy Hawthorne, username betagold, who has been attempting to unravel Larry's true identity throughout the entire book. After being exposed to the media, Josh simply can't take the media pressure anymore, lamenting how Larry himself has become a consumer product. His stepfather disowns him, his best friend reveals that she sees their relationship Like Brother and Sister, and even his hideout near Walden Pond is found by media sleuths and run into the ground.

The second book, Vote for Larry, is about Josh's failed run for President of the United States after un-faking his death and re-emerging into the public spotlight; while the third book, Larry and the Meaning of Life has all of Josh's friends conspiring to cure him of his bout of depression with the Batman Gambit of the century involving a terrorist plot, betagold pretending to need a kidney transplant from Josh (which is convincingly faked), and a group of gurus which justs happens to include the second love of his life, Janine. That's just the tip of the iceberg.