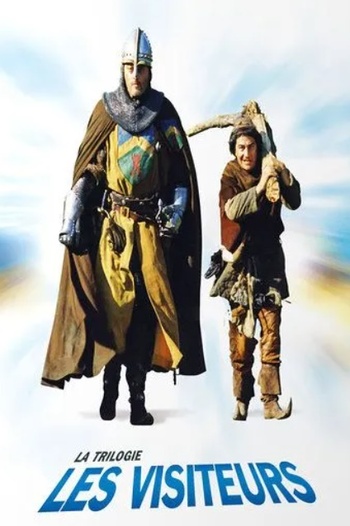 "OH-KAY!!!"
"In the year of Our Lord 1123, King Louis VI Capet of France, known as 'The Fat', waged war against his cousin, Henry I Beauclerc, King of England and Duke of Normandy. Many brave knights fought alongside him. They believed in God and the forces of Evil."
— Opening Narration
Advertisement:

Les Visiteurs ("The Visitors") is a classic French Time Travel comedy film directed by Jean-Marie Poiré and released in 1993, starring Jean Reno, Christian Clavier and Valérie Lemercier. It was also written by Clavier, and spawned two sequels and a remake. Era provided the soundtrack.

In the year 1123, Godefroy the Bold, a brave and proud French knight, saves the life of his king, Louis VI the Fat. He is rewarded with the title of Count of Montmirail and is given leave to marry Dame Frénégonde, his betrothed. On his way home, he finds and captures a witch to burn her alive. She slips a poison into his drink in retaliation, causing him to hallucinate, and when he sees his betrothed running towards him pursued by her father the Duke of Pouille, he thinks she's being chased by a bear, shooting the Duke dead with his crossbow. The wedding obviously called off, Godefroy consults a wizard to travel back in time a few days ago to prevent the accidental killing. Unfortunately, the wizard starts having dementia and screws up with the formula, sending Godefroy and his squire Jacquouille several hundred years into the future instead. The two wake up in 1993, and their medieval outlook on life quickly gets them into trouble...

In the 1998 sequel titled Les Visiteurs II: Les Couloirs du Temps (The Visitors II: The Corridors of Time), Godefroy and Jacquouille are returned to their rightful times just to find out that Jacquouille created a Temporal Paradox by stealing the Duke's jewels and retrieving them in the 20th century, including an important relic. Once again, Godefroy's marriage is at stake because of said relic, and they have to go "forward" to the 20th century again to fix the paradox.

A second sequel came out in 2016, Les Visiteurs: La Révolution (The Visitors: Bastille Day). It focuses on Godefroy's and Jacquouille's fate in 1793, during The French Revolution, the era they have been sent to by mistake at the end of The Corridors of Time.

An American-French co-produced remake with no ties to the other films came out in 2001, Just Visiting (Les Visiteurs en Amérique), with the same main actors and director, oddly. Bastille Day ignores it. 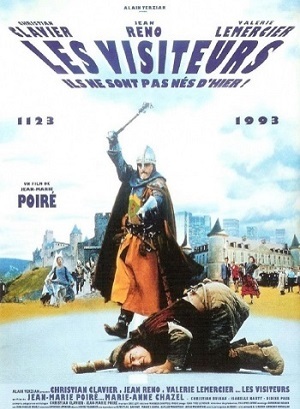 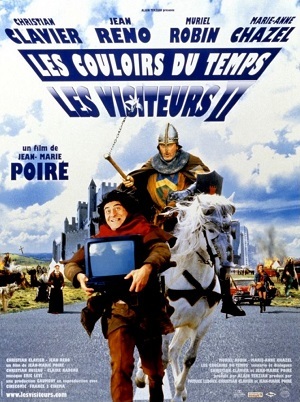 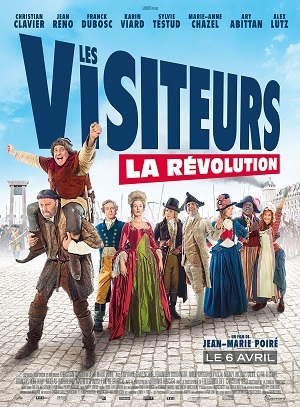