Film / Werewolves of the Third Reich 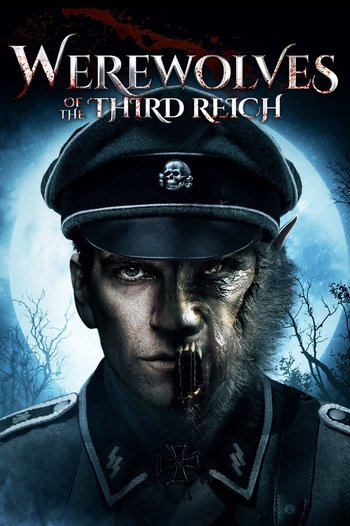 "When the full moon rises, the war begins."
Advertisement:

Werewolves of the Third Reich is a 2017 British Sci-Fi Horror war movie.

The Fearless Four are a group of soldiers being transported to prison for various offenses when the Nazis attack. They escape during the chaos, only to stumble upon a German base. While sneaking around it to escape, they uncover a terrible secret: Josef Mengele himself is making Reich soldiers into werewolves! Now, four disgraced criminals are all that stand between the free world and lycanthropic destruction!