Literature / The Eyes of the Dragon 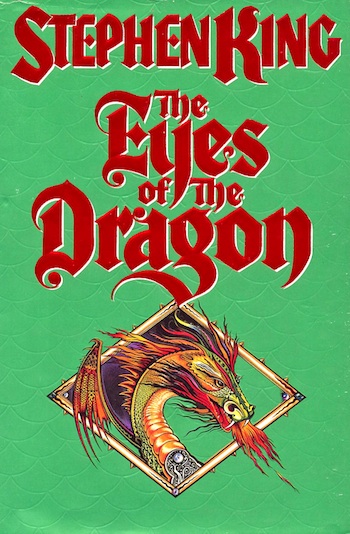 The Eyes of the Dragon is a novel written by Stephen King, published in 1987. Contrary to what you might expect from Stephen King, it's a high fantasy novel.
Advertisement:

Roland the Good, the king of Delain, has tried to be the best king he could be. As he nears the end of his life, his son Peter will soon take his place — unless the king's magician, Flagg, can make sure Roland's younger son Thomas ascends the throne instead.

Not to be confused with The Eye of Argon.