Film / We Too Together 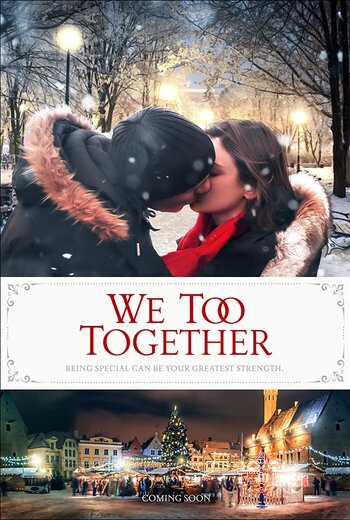 We Too Together is a 2021 film written and directed by Deborah Hadfield.
Advertisement:

Rob Hardy (Cengiz Dervis) is an autistic martial arts instructor. He falls in love with Gabriela Popa (Silvia Busuioc), the first woman to love him as he is, but his lack of self-acceptance and his desire to please his father Carl (Nigel Lowe) threatens to destroy their relationship. Flashbacks to when Rob was a child (Jake Levitt) show his relationship with Carl, a Shell-Shocked Veteran whom Rob barely knew until he was discharged when Rob was ten, and Carl's struggles to be a good father.

We Too Together contains examples of: