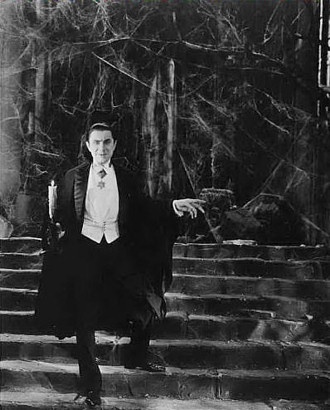 "I bid you welcome... And ask if you know a good cleaning service."
Advertisement:

In horror and adventures movies, any subterranean area must be filled with quantities of web curtains, overflowing with colonies of mad spiders on speed who quickly fill every nook with webs, like an arachnid Mardi Gras. Catacombs, caves, basements, tombs, underground ruins (but not, oddly enough, Underground Levels), etc. show this, even though these are rather hostile environments for web-building spiders. Although collective or very large webs are known, they occur outside. Not to mention that such large webs in such quantities are useless: Webs are delicate in order not to be too visible. The type of spiders usually shown are unlikely to build webs of that type anyway.

Note the subtrope that people never get too covered with them: They seem to be easy as pie to clean off in the absence of water, except for the stylish bit that gets stuck to the hair or hat.

Can overlap with You Have to Burn the Web, Extremely Dusty Home.