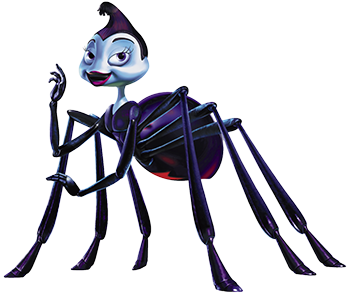 You can find these all over the Web.
Advertisement:

The most commonly seen arachnids in fiction are the spiders and the scorpions (and, to a lesser extent, ticks), and thus most tropes on this page pertain to them specifically. The other groups of the arachnid family — the pseudoscorpions, mites, harvestmen, whip spiders, camel spiders, whip scorpions, and horseshoe crabs— are generally far less likely to show up, but do so from time to time.

Despite the names, Spider Tanknote an armored vehicle designed to walk in an arthropod-like manner on four or more robotic legs, but not necessarily looks like an arthropod, Demonic Spidersnote frustratingly difficult video game enemies that may or may not be actual spiders, Spider-Sensenote a psychic ability that warns you when something bad is about to happen, named after Spider-Man's iconic super-power and Stab the Scorpionnote when one character seems to be about to attack another but is actually attacking a dangerous thing next to them that may or may not be a scorpion don't go on this index. Neither does Black Widownote a human woman who kills her mates as the spider is reputed to do.