Sliding Scale of Shiny Versus Gritty 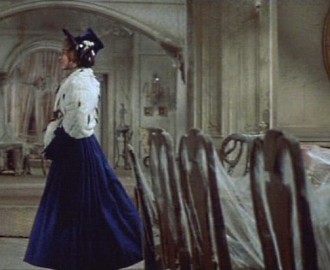 Compare the elegant lady with the cobwebbed chairs.
"He meditated resentfully on the physical texture of life. Had it always been like this? Had food always tasted like this? He looked round the canteen. A low-ceilinged, crowded room, its walls grimy from the contact of innumerable bodies; battered metal tables and chairs, placed so close together that you sat with elbows touching; bent spoons, dented trays, coarse white mugs; all surfaces greasy, grime in every crack; and a sourish, composite smell of bad gin and bad coffee and metallic stew and dirty clothes..."
— 1984
Advertisement:

The setting, costumes, lighting, and sound of a production are critical in setting its tone and mood. One of the most fundamental stylistic choices is where to position these production values on the sliding scale of shiny vs gritty.

This is one of those scales where productions tend to be uniform throughout rather than varying from scene to scene. Furthermore, there is a tendency for a work to head toward one end of the scale or the other to take advantage of the evocative power of shiny or gritty. The occasional contrasting scene is used just to highlight the overall tone. A contrasting tone may be used to emphasize a position on the Sliding Scale of Idealism Versus Cynicism. Some Shoujo Manga have immaculate settings inhabited by The Beautiful Elite but are very cynical.

Gritty tones are in general easier and cheaper to produce in live-action than shiny ones, so low-budget or quickly-made films are more often in a gritty style. Big budget films, especially escapist films, sometimes go for shiny just because they can.

Gritty Animation and Video Games tend to be high-budget, since that's a lot of detail to draw and render. This is one reason Real Is Brown. Less "realistic" games and ones for less powerful systems tend to be either mid-scale or shiny; people who like shiny often like games that are retro or Retraux.

Compare with Slobs Versus Snobs.

Note: Try to post the examples in the shininess and grittiness order, not at the bottom of each category.

Somewhere in the Middle