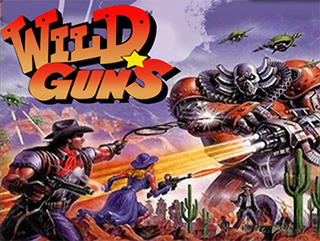 Cowboys, and aliens, and robots, oh my!
"In a matter of seconds, the plaza had gone from a ghostly quiet to a shoot out that would have been at home in a holodrama about the Old West."
— The Backwards Mask (Traveller New Era Trilogy) by Matthew Carson
Advertisement:

The Western IN SPACE!. Basically The Western Meets Wagon Train to the Stars.

The idea is that the vast distances of space have formed barriers and difficulties similar to those faced by American settlers as they crossed and developed the continent, forcing the people to become independent or even insular, with help from whatever central authority (if any) that laid claim to the land long in coming, and immediate protection once again becoming a personal matter. Technology will vary, usually being less and less high-tech the further out you go from the center of civilization. This causes a curious mix of seemingly anachronistic elements such as robots and horses being used at the same time (of course, robot horses are a common option too).

Essentially, this is nostalgia, allegory, or pragmatism meeting the fact that Space is the last unexplored territory, while ignoring that guns and anti-authoritarianism mix poorly with fragile life-support systems.

Many settings end the similarities there, in spirit, while others seem to have the people deliberately aping the style of The Wild West in response to the situation. Basically, the question is when the hero(es) comes riding/flying into town, how many of them are wearing cowboy hats.

Depending on how epic the story is, a Space Western can also be somewhat of a Space Opera. May involve Asteroid Miners.