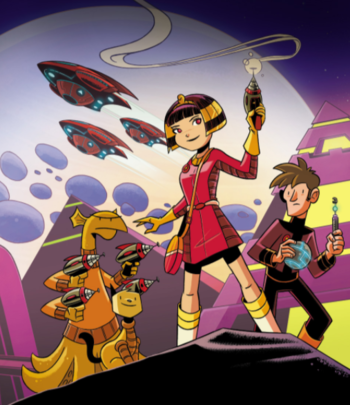 A graphic novel series by Mike Maihack. Exploring an ancient tomb, a young Cleopatra VII finds a stone tablet, touches it, and is thrown millenia into the future, where she learns she must save the Nile Galaxy from the evil conqueror Octavian.

An animated adaptation produced by Dreamworks Animation was released on NBC Universal's streaming platform Peacock in April 2020, though Southeast Asia started airing the series on their DreamWorks channel since November 25, 2019.

So far, there are six books out: