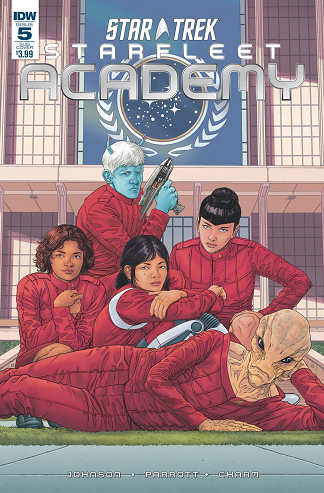 An academy... for space cadets! This is the place you go to learn how to become an Ace Pilot, a Space Marine, a Space Cop or Captain Space, Defender of Earth!.

Essentially the Academy of Adventure or Military Academy Recycled IN SPACE! (Though it doesn't necessarily have to physically be in space). Good setting for a Boot Camp Episode in a Science Fiction series.