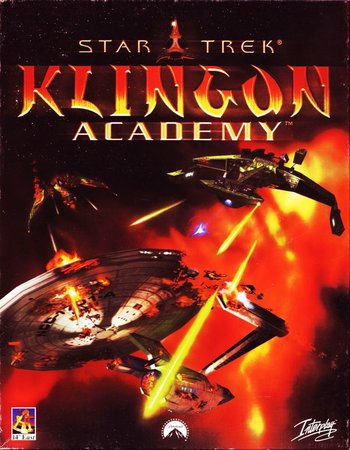 It is a good day to die.
Advertisement:

A space combat simulator released in 2000, and the Spiritual Successor of Star Trek: Starfleet Academy.

Like its predecessor, the game is set in the early 2290s, though this time is structured as a direct prequel to the film Star Trek VI: The Undiscovered Country, with Christopher Plummer and David Warner reprising their respective roles as General Chang and Chief of Staff (later Chancellor) Gorkon. Whereas Starfleet Academy was set entirely in the simulator room (aside from the very last mission) however, only the first half of Klingon Academy is actually set at the titular institution, with the second half of the storyline having the player character, Torlek fight alongside Chang in a three-way civil war between the newly-installed Gorkon, the traitorous Melkor, and Chang himself.