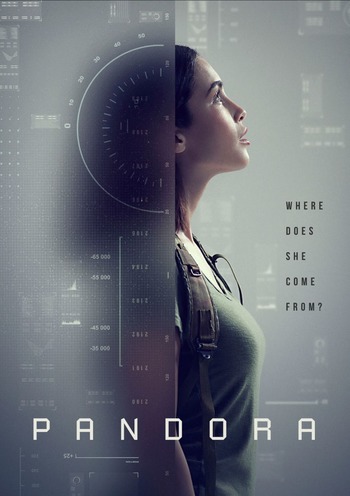 Pandora is a Science Fiction television show on The CW created by Mark A. Altman which began airing in the United States in July of 2019.

It follows the adventures of Jacqueline "Jax" Zhou (Priscilla Quintana), a young woman in the year 2199 who loses both her parents to a mysterious surprise attack on their space colony home in the first scene of the premiere episode.

Taken under the care of her somewhat-estranged uncle, she enrolls in Earth's Space Academy, where her uncle is a senior professor. She and her new friends must uncover the mystery of who killed her parents and why, while her Uncle and many others in authority simultaneously try to uncover the mystery of who exactly Jax is, and why she has alien DNA mixed in with her own.

It was canceled after its second season by the CW, but the series was rescued and a third season was set to begin filming in early 2022.