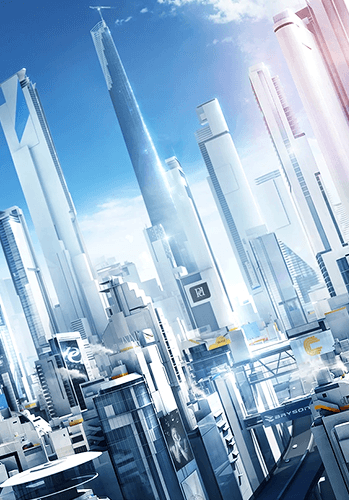 In speculative fiction, the architecture of alien species, as well as human cities in the future, will often be oddly uniform across the board, with no variations owing to different styles being in fashion at different times, local environment or available materials. This can also apply to futuristic human cultures: it is rare to see a future city with architecture from different periods side by side, despite this being the norm in real life.
Advertisement:

The trope is named after the city of Brasília. Normally a city will have a whole range of architectural styles as buildings are constructed over the decades and centuries. Brasília however was built quickly between 1956 and 1960 in a uniform Modernist style to be the new showcase capital for Brazil, and has been criticized for its bland and anti-septic appearance. Other real-world cities built like this include Washington, D.C., Canberra and, even earlier, Saint Petersburg and Constantinople, all of which got the same critiques as Brasília did, back when their prevailing architecture was dated but not yet antique.

A special case of Planet of Hats: it would usually be too much work to give an alien species or future humans more than one architectural style, and giving an entire race one uniform look makes it easier to tell them apart at a glance. Real-world cities depicted in the future aren't immune to this trope, outside of well-known landmarks of course, as well as cities in the past like Rome or Athens. The Shining City is usually described like this.

When it is not City Noir, your typical City in a Bottle setting will usually be this. In which case it will be the hero's job to escape. Space Brasília will often be more Crapsaccharine, filled with inhuman Bizarrchitecture, laced with Futuristic Superhighways, and covered with creepy lawns. Our heroes will long to return to the Arcadia of good old planet Earth, which is never a Stepford Suburbia.

Named for the tendency of such settings to be filmed in set-piece futuristic towns like Brasília or Nur-Sultan, Kazakhstan.