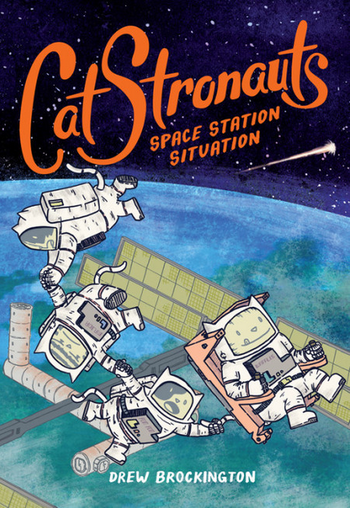 Catstronauts is a comic series by Drew Brockington.
Advertisement:

The series is set in a world populate by anthropomorphic cats, and focuses on the four-cat team known as the Catstronauts, consisting of...

They go into various missions in space, one in each book.