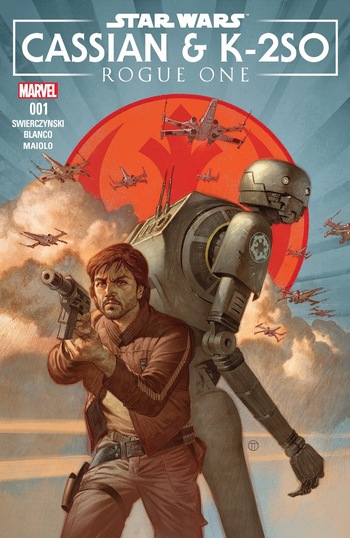 Cassian & K-2SO Special is a Star Wars Expanded Universe one-shot comic issue that is a part of the Rogue One comic adaptation. It is written by Duane Swierczynski and illustrated by Fernando Blanco (DC Comics' Midnighter & Apollo).

Taking place before the events of Rogue One, the comic details how Captain Cassian Andor of Rebel Alliance Intelligence met K-2SO, a reprogrammed Imperial security droid.

Tropes in this comic issue include: