It Sucks to Be the Chosen One 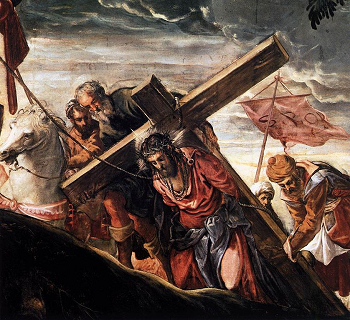 One of the biggest reasons for being the chosen one is for being able to go through these kinds of things.
Adora: Don't I get a say in what happens to me? Don't I get a choice?!
Light Hope: ...No. This is your destiny. You do not choose. You were chosen.
—Light Hope lays down the law, She-Ra and the Princesses of Power
Advertisement:

So you're The Chosen One. The Messianic Archetype. The one foretold by prophecy that everyone has been waiting for. Secret knowledge and power awaits! The world will change, and it's all because of you, baby.

But wait! The Chosen One does not have it easy, oh no. Far from it. There are rules to be followed and intense training to undergo, and danger lurks around every corner. The Big Bad and The Dragon are out there, actively searching for you, trying to hunt you down before you grow too powerful. In fact, if they haven't already tracked down and killed everyone you ever knew, you may have to leave it forever behind anyways to fulfill your destiny.

And sometimes your destiny isn't all that it's cracked up to be either. A Messianic Archetype must always remember that No Good Deed Goes Unpunished. A hero may find themselves with a Wound That Will Not Heal, discover that their unique power has a terrible price (especially if they can't control it!), a Sadistic Choice presented by the villains, or they may even be called upon to make the ultimate sacrifice. Even if they survive, they may end up with serious mental issues relating to their work. The list goes on and on. Simply put, it sucks to be the Chosen One. Often presented as a deconstruction of the standard Messianic Archetype/Chosen One tropes.

Basic Instructions strip. Strongly related to Being Good Sucks and Blessed with Suck, and often leads to I Just Want to Be Normal, or even Refusal of the Call. Can be made worse if mixed with Missed the Call, where it's revealed that the "chosen one" was the wrong guy, meaning they went through all that crap for nothing. Compare The Perils of Being the Best. More positive works and reconstructions might use this to allow a Chosen One to earn a happy ending, but this is relatively rare. When others can see how much being the chosen one sucks, they may express Sympathy for the Hero.

Adora asks Light Hope about her origins, but Light Hope shuts down her questions and insists upon the importance of her destiny, even going so far as to outright say that Adora has no choice in the matter.

Adora asks Light Hope about her origins, but Light Hope shuts down her questions and insists upon the importance of her destiny, even going so far as to outright say that Adora has no choice in the matter.