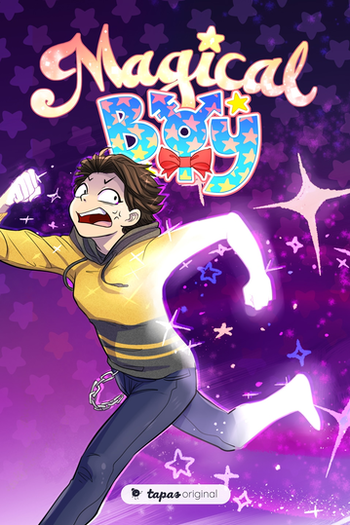 Magical Boy is an original webcomic by The Kao

Max is your average high school student trying to get through life as himself. He may not be your average boy, being assigned female at birth, but he's set on being the man he is. Though, trying to come out to his parents is one thing, his mom coming out as a Magical Girl is another. Now it is Max's responsibility to take on the family tradition of becoming the next Magical Girl and save humanity.

The comic can be read on Tapas here

Scholastic will publish the webcomic in one book in fall 2021.