Webcomic / The Maiden and the Mermaid 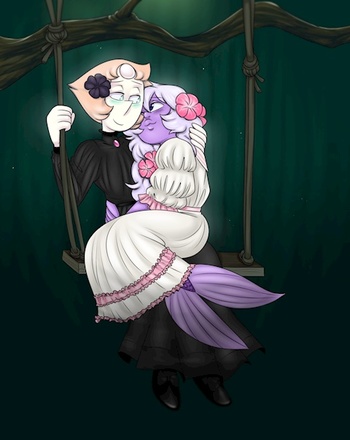 Pearl rescues a stranded and injured mermaid from a pond on her family's property. Both mermaid and maiden are quickly smitten with each other, despite coming from different worlds. But will their blossoming romance be smothered by the reality of their situation?

Can be read on Tapas Media here

The maiden and the mermaid provides examples of: