Webcomic / Man Who Speaks In Hands 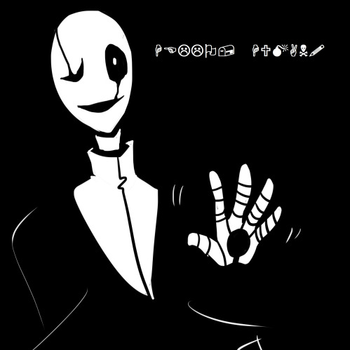 Man Who Speaks in Hands

, commonly abbreviated as MWSIH, is a fanmade webcomic based off of Undertale. It is run by its artist, Rei

The plot is centered around W.D. Gaster, as indicated by the blog's name. Other major characters who aren't canon to Undertale include Gaster's wife Lucida and his sibling Harlow Garamond. It has gone through several complete Story Arcs- some of these are modified parts of Undertale's canon story, while some began by the whim of a "magic anon", and one was a crossover arc. The comic has ended with a written summary partway through an arc taking place after the canon story, based on a Soulless Pacifist Ending, but it has been Un-Cancelled and currently on-going—although it no longer accepts asks, instead acting as a standard webcomic. This YouTube channel

is making the comic's official dub; it also does AFAC's.