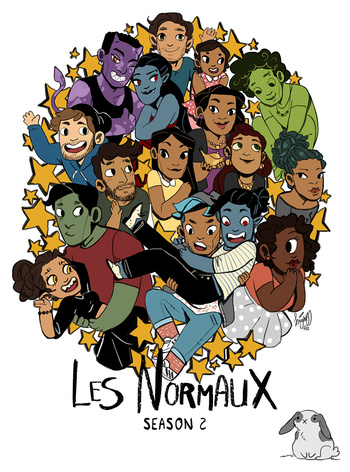 "So, I can now scratch off 'make out with a vampire' from my list of things I thought I'd never do."
Advertisement:

and Al. Available on Tapastic

The story follows a fantastical version of Paris (dubbed the "Supernatural Equivalent of Paris") and the stories of a group of friends that live there.