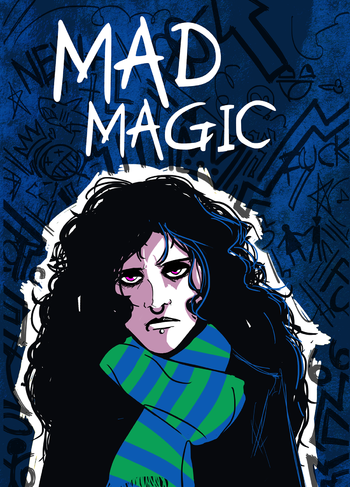 "I’ve always been an expert in ignoring my problems."
"NEVER! Never in my long history as Headmaster of Flabscabs have I encountered a worse student! Not only for their disastrous academic results, but for their PESTILENT CONDUCT! Joy Kaplan! Alone, you did more damage to this institution...than TWENTY generations of DARK LORDS!"
Advertisement:

Kicked out of the Academy of Magic as a teenager before she could finish her studies in witchcraft, Joy Kaplan is a talentless mess, living a life of expediency in the normal world. Although, the place she chose to live in, is pretty far from normal...