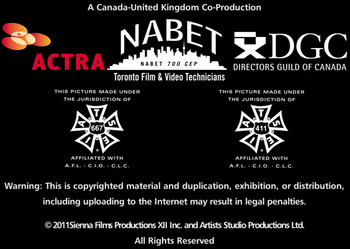 Shows or dramas that are produced by two or more production companies, each in different countries.
Advertisement:

Especially in the most recent decades, an animated TV show has always been produced by at least two studios in some way, since animation is expensive and labor-intensive.