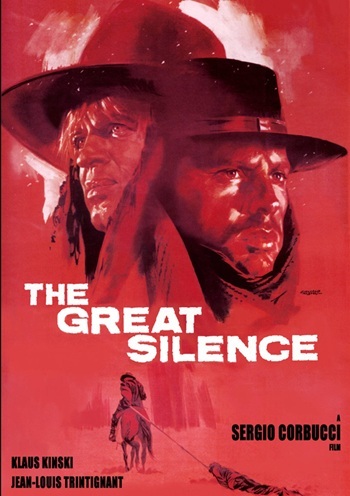 The Great Silence or Il grande silenzio is a 1968 Italian spaghetti western directed by Sergio Corbucci. It is considered Corbucci's greatest film and has a reputation for being one of the bleakest westerns ever. It plays with a lot of western tropes, such as the usual protagonist of few words actually being a mute, and intentionally provoking his enemies into drawing first.

Contrast with Sergio Leone's For a Few Dollars More. Nicolas Winding Refn's Valhalla Rising and Only God Forgives can be seen as Spiritual Successors.