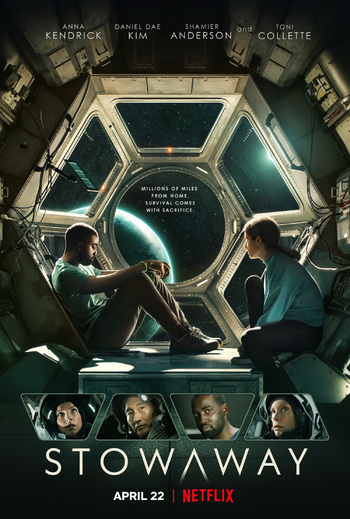 The crew of three people, Commander Marina Barnett (Collette), physician Zoe Levenson (Kendrick), and botanist David Kim (Kim), embark on a journey to Mars. Soon after liftoff, they find an injured ground personnel, Michael Adams (Anderson), behind one of the service panels. It turns out that he was accidentally locked in there during liftoff. What is worse, the incident damages the carbon-dioxide scrubbing system (CDRU), meaning that they do not have enough oxygen for the whole two-year trip. After consulting with mission control, it looks like there is no safe way to keep everyone alive.