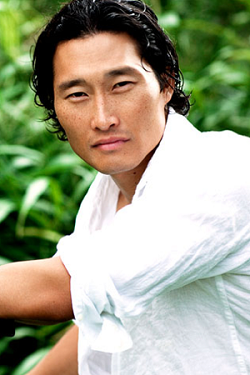 Daniel Dae Kim (born August 4, 1968 in Busan, South Korea) is an American actor. He was known mostly for his roles in 24 and Angel, but broke out after being cast as complex survivor Jin-Soo Kwon on Lost. After Lost ended, he stayed in Hawaii and played Chin Ho Kelly in Hawaii Five-0. However, he and co-star Grace Park left the show in 2017 due to pay disputes with CBS who refused to pay them the same salaries as their white co-stars Alex O'Loughlin and Scott Caan. Since then, he has started a TV and Film production company with their big hit being The Good Doctor based on the South Korean drama of the same name.