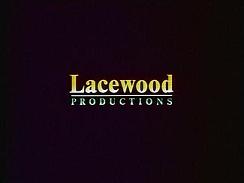 Lacewood has its roots in Atkinson Film-Arts, the producers of The Raccoons. A dispute with the producers made one of the producers found his own studio, Hinton Animation Studios, where the rest of The Raccoons was produced. Unfortunately, there was one problem: founders Kevin Gillis and Sheldon Wiseman kept jumping debts, and the studio was forced to reorganize as Lacewood Productions. Under this new name, Lacewood produced animated series based on For Better or for Worse, Monster Force, The Savage Dragon cartoon and animation for a number of Season 1 episodes of The Ren & Stimpy Show.

Eventually, they were consumed by Paragon Entertainment Corporation, leaving them out of the business (and in turn, Paragon later closed). However, Sheldon Wiseman later founded a new studio that continues to operate today, Amberwood Entertainment. The preschool series Katie and Orbie, originally produced by Lacewood, was acquired by Amberwood and continued production under them, along with other series such as Pumper Pups, The Secret World of Benjamin Bear, Rob the Robot and Rollbots.

Shows and movies worked on by Lacewood: