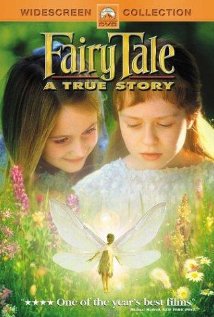 Fairy Tale: A True Story is a 1997 film about two young girls, Elsie (Florence Hoath) and her cousin Frances (Elizabeth Earl), who claim to play with fairies. One day, to prove to Elsie's parents that they aren't making it up, the girls take several photographs of them. Shocked, her mother takes the photos to an expert and they are declared genuine. Word gets out, and the girls become instant celebrities and the press and fairy hunters descend on their home.