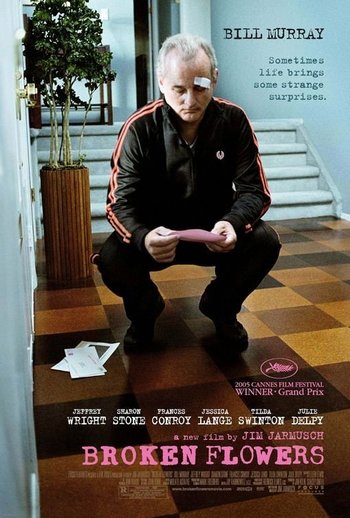 "I'm like your mistress, except you're not even married."
— Sherry
Advertisement:

When his latest girlfriend leaves him, retired computer magnate Don Johnston (Murray) has no greater ambition than to sit around the house. When he receives an anonymous letter from a former girlfriend claiming he has a 19-year-old son he's never met, Don doesn't even think to follow up. It's not until his neighbor, a mystery fan, encourages him that Don resolves to visit the exes who seem the most likely candidates and find out the truth.